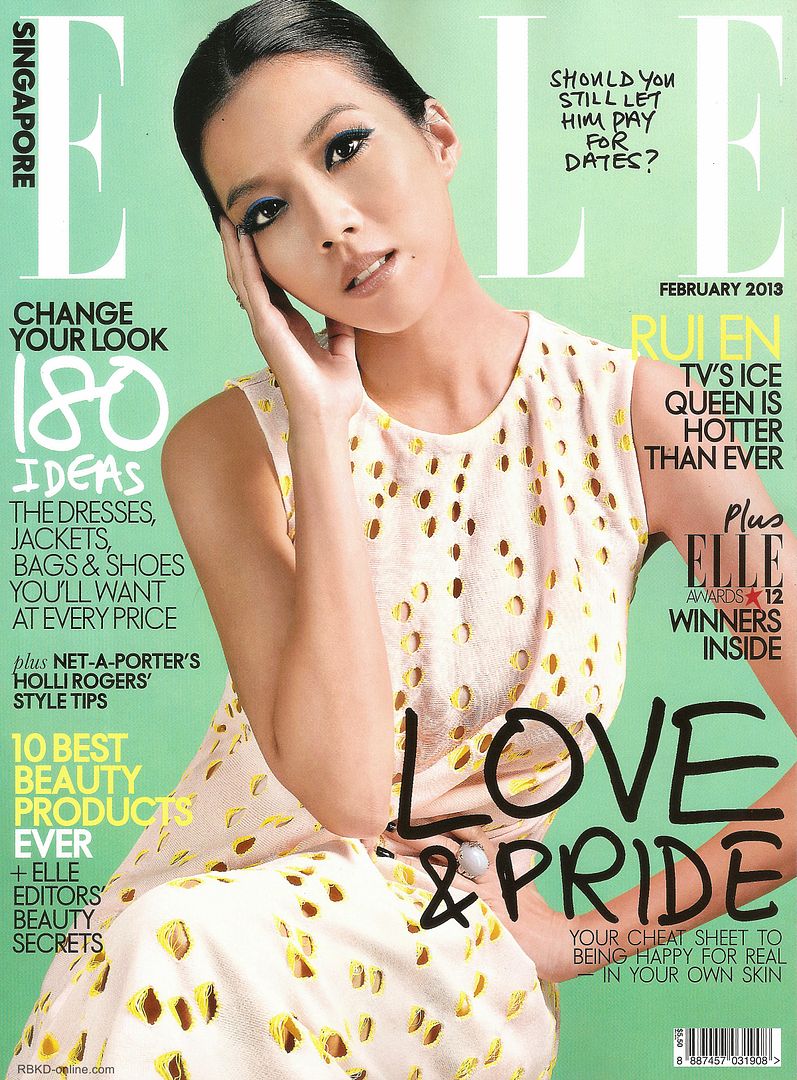 This may not be Rui En’s first cover for us, but it’s a particularly momentous one as it marks her crowning ELLE’s Actress of the Year for 2012.

Four years have passed since her last cover shoot with us and she’s come a long way in that time. Her infamous “ice queen” label aside, she’s also acquired a couple of other things – a crop of other awards and along with that, a whole load of acting cred. Ever the professional, the actress strikes each pose with the utmost concentration, then studies the photos on-screen to see what can be improved. Even while holding a pose in front of the camera, she checks herself by getting her assistant to capture and bring her the shot on her iPhone. Does the perfectionist in her ever let up?

Rui En – Actress of the Year

On a winning streak and landing role after plum role, ELLE Awards 2012 Actress of the Year Rui En has officially hit a new high in her career.

Rui En’s been extremely busy – not just with filming dramas back to back, but also successively racking up acting awards. After snagging her first Best Actress win at the 2011 Star Awards, she’s nabbed ELLE’s Actress of the Year for 2012, and hot on the heels of that, took yet another Best Actress honour from the Asian Television Awards 2012. Without a doubt, it’s been an exceptional two years for the actress, who’s also been enjoying plenty of screen time on Channel 8. And it looks set to continue through this year and beyond.

While she may not be bubbling with joy, our queen of cool asserts that she’s genuinely happy about the recognition, but is determined to remain grounded amid praise that her wins have generated.

How did you feel when you learnt about your win?
Rui En: I was pleasantly surprised and very happy. I don’t let myself have any expectations when I’m nominated, because I don’t like to base my sense of achievement on awards. But because of that, when I do get something, it’s a very nice surprise.

How do you assess your own acting?
Rui En: I watch myself [on screen] a lot. When I’m filming, I make it a point to watch and review the rushes after each day’s work. I’m actually my harshest critic and I set very high standards for myself. It’s never good enough for me but all I can do is try to keep getting better.

Let’s be honest — the local drama scene and its pool of actors are small. Do you ever feel limited by it?
Rui En: I try not to let my performance be affected by the people I’m acting with. Yes, the right person can give you the right chemistry, but it doesn’t always happen and you cannot expect it to. Your performance, in a way, has to stand on its own. I would love to have more opportunities to work with new people but unfortunately the circle is how it is. I guess it’s up to us to challenge ourselves.

Any plans to advance your acting career overseas?
Rui En: No, I don’t make plans like that. I’d rather let things happen when they’re supposed to. I don’t go thinking “Well, now I’ve made it here, I’m going to China.” If the opportunity comes, that’s great; if it doesn’t, that’s fine. The markets out there are a lot more complicated than a lot of us realise. It was a night of championing the stars of the Singapore entertainment and fashion scene as accolades were given out at the ELLE Awards 2012 to the best of the year.

Rui En and Ming Bridges could not be present to pick up their actress and music act awards respectively but gave their thanks in video acceptance speeches. 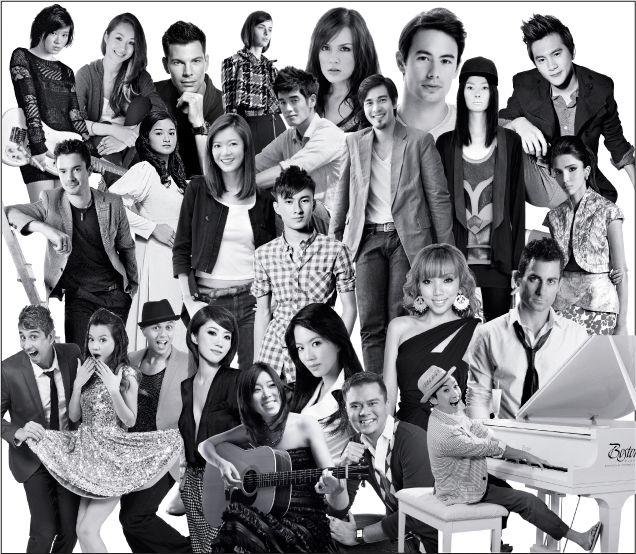 The Nominees – Actress of the Year

Often labelled an ice queen, actress Rui En is not just a one-expression starlet. Having played roles from tough cops to long-suffering women, she starred in the 1960s drama about friends who set up a carabet.

Option 1: Register a MediaCorp Access ID and each voter is entitled to 10 votes per day.

As the year draws to a close, we at ELLE want to give a nod to the best in fashion, entertainment and lifestyle.

Presenting: The nominees for the seventh ELLE Awards.

Actress of the Year

Often labelled an ice queen, actress Rui En is not just a one-expression starlet. Having played roles from tough cookie cops to long-suffering characters, Rui En starred in Joys of Life, a 1960s drama about friends who set up a cabaret.

Vote for Rui En as Actress of the Year now!