Strange how of all the things I wrote, the one-liner K-Pop bit got the most attention. I’m not sure it’s a good thing that you guys see me as so………..one-track?

Isn’t it then even more of a contradiction that an “ang mo pai” is acting in Channel 8?

Being an artiste means learning and being aware about all forms of art, popular and not popular. After taking my entire career thus far to get to the point where I’m only JUST BEGINNING to understand acting, I have learnt never ever to dismiss or brush aside any form of art. Something that’s popular does not mean it’s any less difficult to attain, or that dues have not been paid (this is a highly flawed viewpoint that I also used to embrace). As an actress, I’m beginning to see how very dangerous and wrong it is to label and pigeonhole. And realizing all this has set me free to embrace new things.

It would be a travesty and very tragic to insist on being the frog in the well, simply for the sake of it.

Just realized I haven’t done a “Things I Am Loving” post for awhile, here goes. Those having exams please wait till after to explore these.

Definitey not everyone will appreciate this one, but once you get past the graphic violence, leather cuts, occasional nudity, sex and coarse language, there is solid, solid acting and direction and wonderful writing with a very real emotional core. It helps to watch the show from the beginning (Season 1). It intrigued me that this is positioned as Hamlet-on-wheels, and is written as a homage to Hamlet (I’ve always had a soft spot for the lad). The fact that when I first watched this show I assumed the characters were acted by real bikers and not actors, speaks for itself. I really like how it seems more like a documentary than a drama.

Hal Holbrook (guest star) brought me to tears in 30 seconds in a single shot in Season 3. Easily one of the most heartbreaking things I’ve ever seen. Katey Sagal is completely authentic and multi-layered.

In the interests of full disclosure, I have the biggest crush on Charlie Hunnam (Jax), but beyond the way he looks, the guy has some serious acting chops. It’s beyond me why he isn’t on the big screen yet. Scorcese should look beyond his DiCaprio blinders, Hunnam is perfect for him.

2. Sara Bareilles Kaleidoscope Heart and 2ne1 To Anyone

And yes, I have to admit that I am a 2ne1 and G Dragon fangirl. Love “Clap Your Hands” and “Go Away”.

There are a couple others, but I’ll save them for the next post.

Until then, study hard and always be taking baby steps towards the truth.

Was a little worried for your safety when I heard from Min that a bunch of you guys were coming, especially after seeing how ulu the road to the location was, should have told Min to tell you guys not to come. Really hope everyone got back safe and sound? I guess we can add another life skill that being in RBKD inculcates : navigation and street smarts. BTW, hopefully we can do a group photo at the next one, she saw the sms too late.

Filming starts next next Monday.
Hi, my name is Rui En and I am an addict. AA. Addicted to acting.
I loved all the reactions of shock, surprise AND pure dumbfoundedness that the imaging photos induced. Believe me, no one is more shellshocked by this role than me

Categorised in A Tale of 2 Cities 乐在双城, Bridge.

Don’t you think her image for our new drama “Tale of the Two Cities” 《乐在双城》is so Blair Waldorf (from Gossip Girls)?
Also, at the same time, it is so not Rui En… 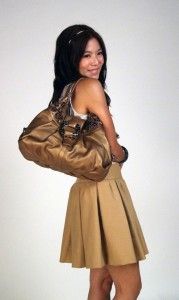 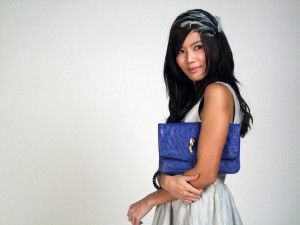 RuiEn,”Aiyo, this is so GG! How to act cute? (while posing for some shots) Can teach me some?”

Categorised in 8gg, A Tale of 2 Cities 乐在双城, EN.