According to NYLON’s DNA, we’re supposed to transform people – but how does one transform the resident ice queen of Caldecott Hill? We thought, let’s make her fiercer. Out came the spiked boots, studded stillettos and of course, makeup to match. Going in a completely opposite direction from her character in her new drama, “Joys of Life”, where she plays a domestically-inclined daughter of a low-income family, we gave her a dramatic, winged out cat-eye and piled on eyeshadow for depth. What we found odd was that, despite her rumoured frosty demeanor, she turned out to be an absolute joy to work with. We’re fans.

Vintage just ain’t hip anymore; classical antiquity is in. But excepting scholastic tradition, there’s something quite misdirected about slapping a latin motto onto any contemporary venture, like pointing out its own lightweight show of gravitas and a less-than-historical credibility. But perhaps there’s kind of an apt wisdom behind the idea of “lux veritas” (an elementary translation: the light of the truth), which Rui En’s fan club has incorporated into their slogan. Indeed, a celebration of a decade-long career premised on making goggle box artifice believeable veritably demands a spotlight on the reality behind the channel 8 television images – who is the real Rui En? 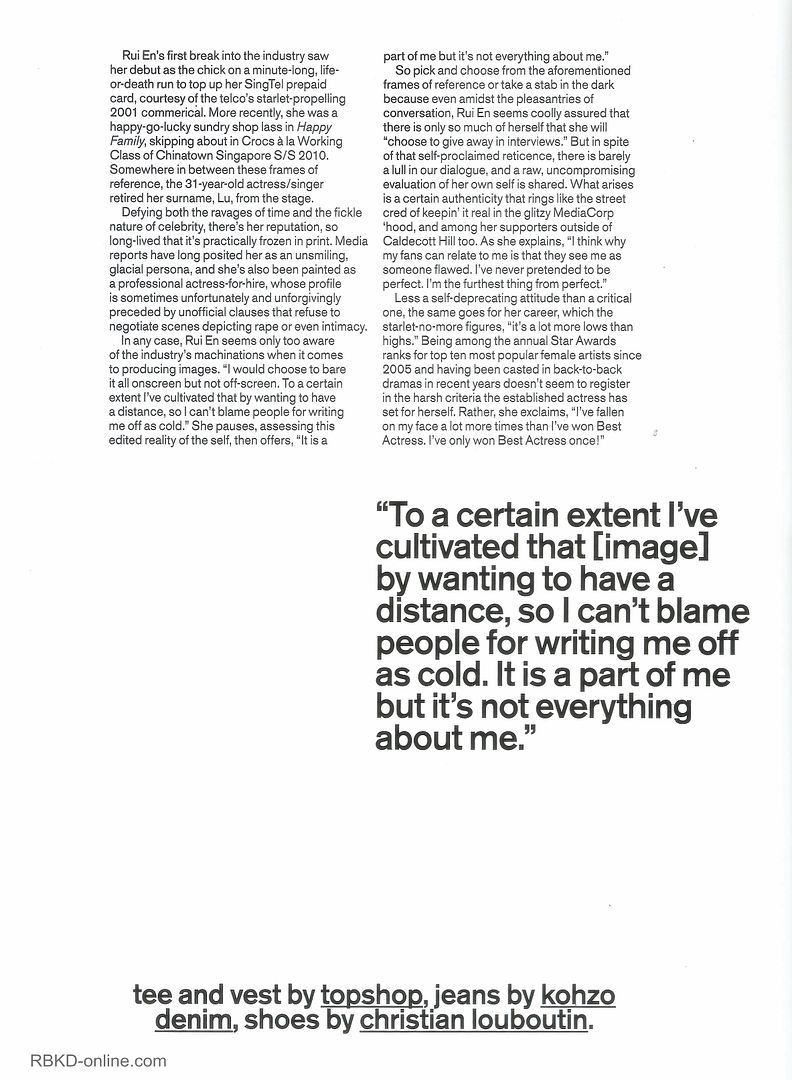 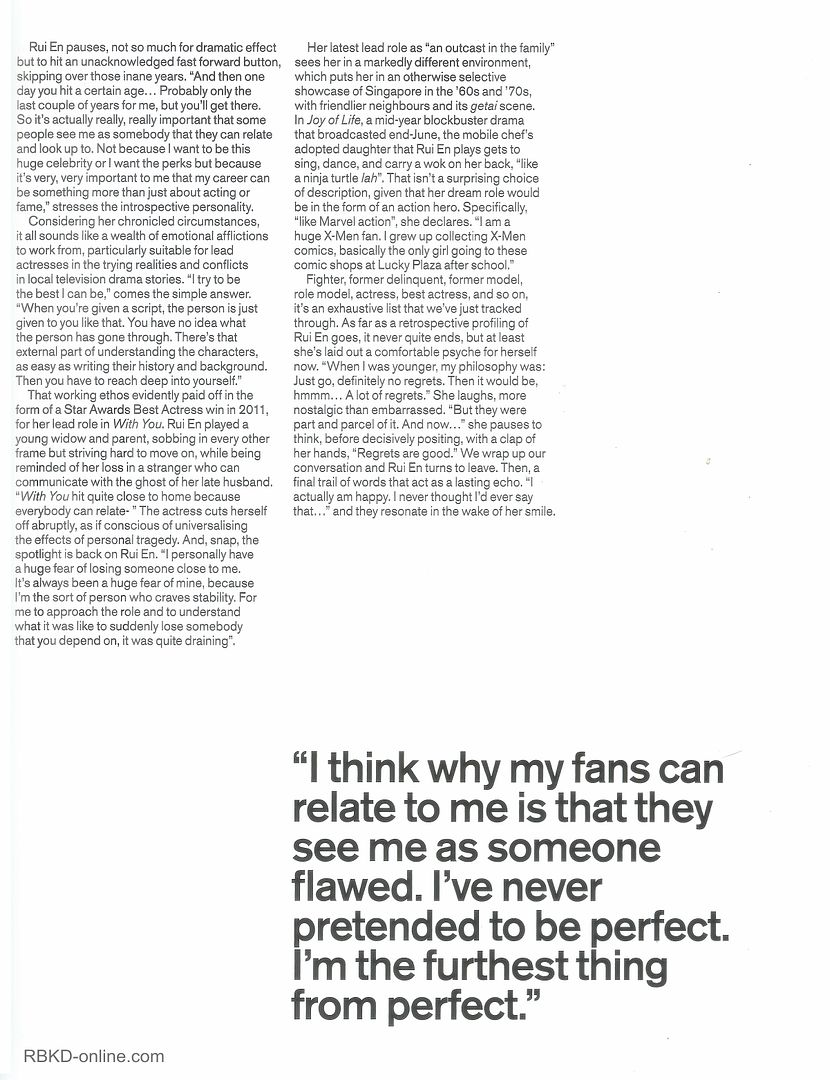