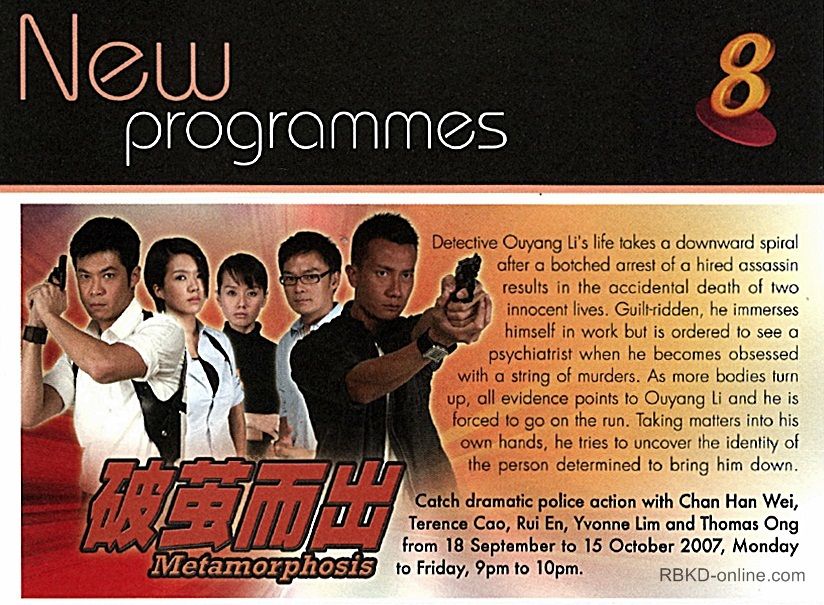 THERE’S no place for Vincent Ng and Ann Kok in the race for Star Awards this year. But…

THERE’S no place for Vincent Ng and Ann Kok in the race for Star Awards this year.
But Christopher Lee, who was jailed recently for drink driving, is in.
This was revealed at a press conference yesterday to announce the 40 nominees for two categories – top 10 most popular male and female artistes – in the annual Media- Corp event. The names are nominated via a public survey.
The nomination list has its fair share of veterans like Xiang Yun, Chen Hanwei and Edmund Chen, and first-timers such as Zhang Yaodong and Dawn Yeoh.
The so-called “Seven Princesses” – Yeoh, Fiona Xie, Jesseca Liu, Jeanette Aw, Rui En, Joanne Peh and Felicia Chin – are in the list.
The Star Awards will be held on Dec 16.

The year’s biggest and grandest event got an unofficial kick-off today when some of the hottest artistes in MediaCorp gathered to receive their Telepoll numbers for the Star Search Most Popular Artiste category. Who’s in, who’s not? Why’s Patricia holding a grudge against the beguiling Seven Princesses? What secret did Chen Hanwei tell us? Was Christopher Lee ostracised in China?

No surprises among the 20 nominees for the Top 10 Most Popular Female Artistes this year; the Seven Princesses are there, Best Actresses Ivy Lee, Huang Biren are included, widely-adored variety show hosts Kym Ng and Quan Yifeng are never left out and everyone’s favourite aunties Xiang Yun and Hong Huifang prove one doesn’t need to be young, willowy and gorgeous to stay put in our minds.

Which leaves comedic nominee Patricia Mok, nominated for ten times but never winning once (!!), a little left out.

“My chances of bringing home the trophy would be quite optimistic even if weren’t for the Seven Princesses! See, they are nominated, then there’s Biren and Ivy, and Xiang Yun is still around! Xiang Yun, why aren’t you at the ‘altar’ yet??” Patricia laments in mock tragedy.

The Seven Princesses refer to the seven artistes in MediaCorp most likely to become the Ah Jies of tomorrow and the titles are humbly owned by Jeanette Aw, Joanne Peh, Jesseca Liu, Dawn Yeoh, Felicia Chin, Rui En and Fiona Xie. The ‘altar’ (Shen Tai) on the other hand refers to All-Time Favourites like Chew Chor Meng, Li Nanxing, Xie Shaoguang, Zoe Tay, Fann Wong and Chen Liping who have received the Most Popular Artiste Award for 10 years.