Prior to the event, I have not painted on canvas before. I was not sure what to expect. Luckily we had trial runs and it wasn’t too difficult.

During the events, kids were allowed to draw anything they wanted. And kids being kids, where latest fads catch on them, majority of them wanted to draw the characters from Pokemons, such as pikachu, mega charizard and the likes.

I didn’t want to influence their train of thoughts so I let the kids assigned to me draw anything they want. I was more than happy to mix the paint colours to whatever they want – brown, peach, lime green and so on.

While waiting for the paintings to dry, we played bingo. What started as calm turned into chaos when everyone started shouting “Bingo!”

We ended the event by giving out their paintings and goodie bags. It was a tiring but fun event!

Frankly speaking, I was hesitant & filled with apprehension when I first signed up for the event. I didn’t know what to expect for art & me don’t go well together. I can’t draw for arts and just the thought of having to draw during the art jamming session or draw alongside with the kids drove me nuts.

Came the day which I didn’t know what to expect. However, we were time tight and everyone was doing the best to be efficient to get everything ready. I forgotten all about my “drawing fears”.

Then came the time when the kids arrived, I was introduced to the kid I would be partnering with. I soon found out from him what he wanted to draw: tables, and he wanted to paint in his favourite colour; orange. I had a great time watching him art jam & gave slight help when needed. Sure, there were moments when coaxing him got a little trying & I couldn’t manage well in that aspect. However, what matters more though was we both had fun during the art jamming – he was all smiles & laughter when he did an abstract painting with his favourite colour, orange.

This is my first time in an art jamming event (with RBKD). Being able to interact & bond with children through a drawing-painting session is a unique & refreshing experience.

This is the first time I organised a newspaper collection, I decided to do the collection simply because it’s charity!

The collection was quite fun! Had some problems loading all the boxes in one shot with only one lorry and car, so we took two days to finish the collection. The boss was nice and even helped us to load boxes to the lorry!

This was my first time participating in a charity event involving children. I was initially quite worried as I’m not really good with kids and how to take care of their needs. All these worries were all for naught when I saw the kids being so active. It seems to me that the beneficiaries who attended the event were not affected despite their individual conditions.

I am actually quite impressed with the beneficiaries whom I tagged with throughout the event. Just when I’m about to introduce myself to him, he already started asking if we could go to the playground during the event. He’s one of the most active and enthusiastic kids during the event.

After a small chat with him, he told us that he would want to be an explorer especially to the nature. I am quite surprised as the younger generation grew up in the city with technology and most would not want to get close to the nature. He is quite adventurous in trying out things, however taking into consideration his safety, there were times that we would have to disappoint him. Nevertheless could see that he really enjoyed the activities and the playground facilities; as he wanted to stay longer although the event has ended.

Looking forward to the next event although it can be quite tiring, it’s all worthwhile when you see the kids enjoying themselves (so carefree).

I think it was my first time participating for Annual Giving volunteering event? I’m glad I did! This year’s was something different from the previous years’, our beneficiaries were children! So on Saturday morning, we made our way down to Canberra Park where they had special facilities in the playground! Each of us was attached to a beneficiary or their sibling. For me, Bihui and I were paired with a super outgoing boy.

We started with Treasure Hunt around the park to get the kids excited with rewards aka candy! We then played Captain Foosball, an adaptation from a game we played in Orientation earlier this year. Then, we brought the kids around for mini carnival games like ‘shoot the can’, ‘throw the ball into the box’ etc. My beneficiary really enjoyed the ‘shoot the can’ game! 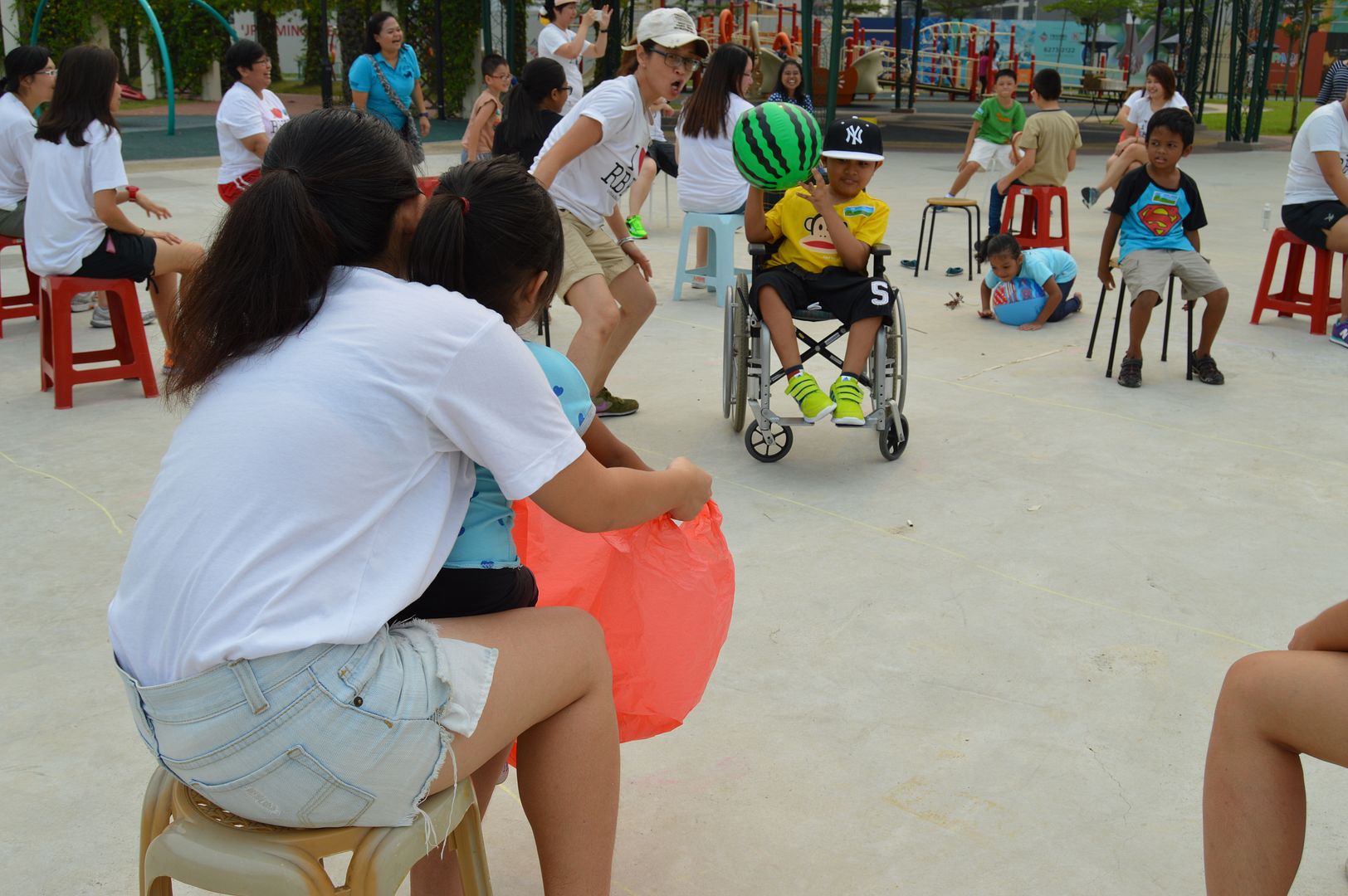 After carnival games came lunch finally~ We got Happy meals for the kids and they liked the toys too. It was kinda a free-and-easy session afterwards where we could play in the playground. The highlight was possibly the see-saw! Lots of kids could play on the see-saw at once and it was like playing on viking ship in theme parks haha.

It was a tiring day, but fulfilling too! It was nice to know that the children enjoyed themselves

Where: All around Singapore

If you want to do charity but not sure how, a good start will be to join RBKD’s newspaper collection.

You only need to keep as much newspapers as you can (at least ankle height). RBKD will arrange for collection, sell them and donate the money to charity.

Although I kept only ankle height of newspapers, I used my place for a friend who had kept more than knee height but was unable to store them.

On the day of collection, RBKD came to my place to collect the newspapers. Feels happy to be able to do a part for charity. Thanks RBKD!

Newspaper drive this year included going to a private company to collect boxes of paper. As it was on a weekday, we could only rely on a van to transport the papers.

Upon the sight of the whole chunk of boxes, we realised we needed more than 5 trips (and maybe much more) to be able to clear everything! 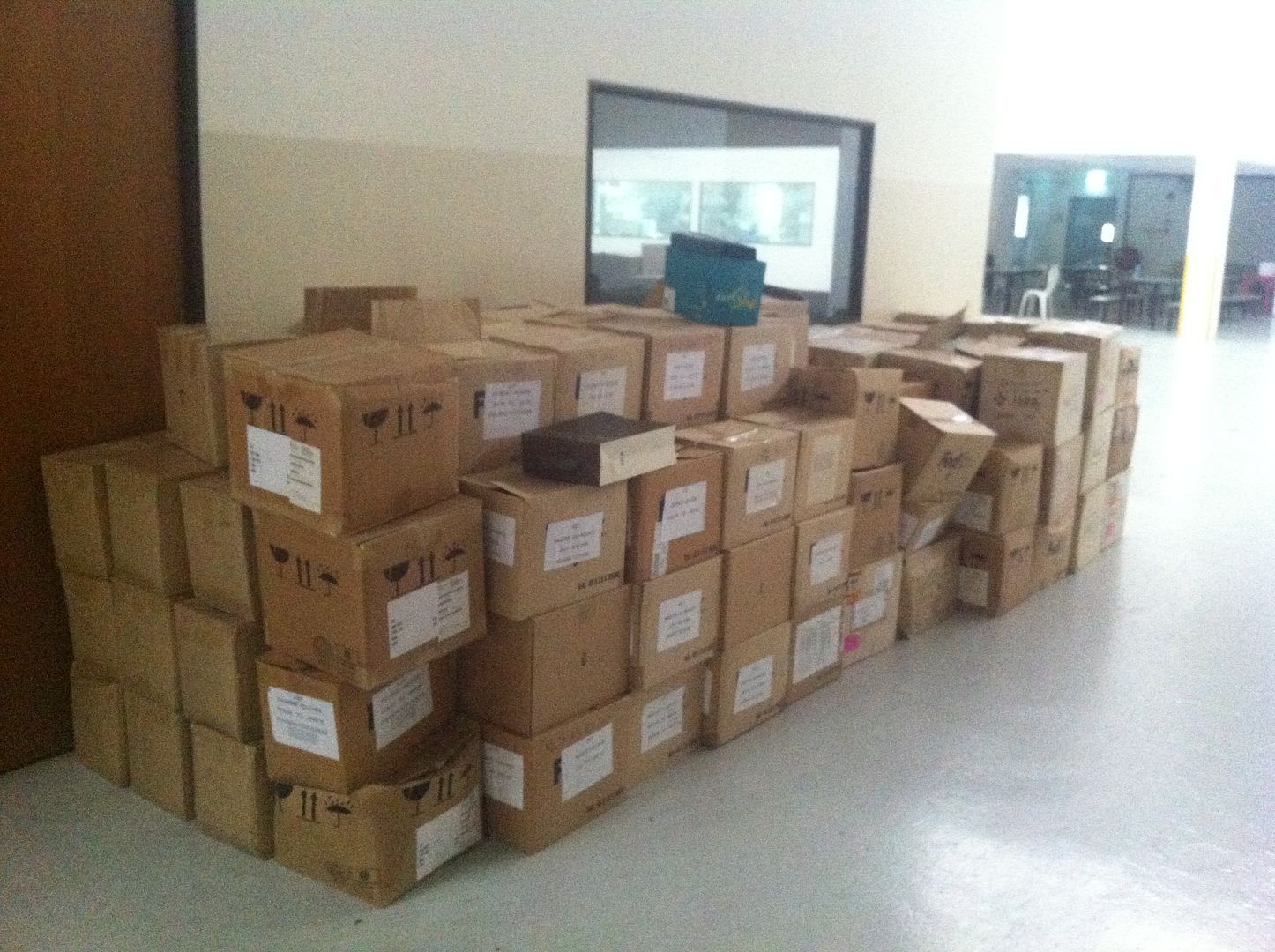 The boss nicely helped us with the loading of the boxes but our van could only take that many boxes each time.. Thankfully, we met a really nice supervisor uncle on our 2nd trip to the recycling center, who introduced a garang guni uncle to us. With the help of the uncle and his assistant, we loaded one whole big lorry of boxes and cleared allllll the boxes within one day!

Free breakfast was provided for elderly at the service centre, and also included a talk on how to apply and use ATM cards. This is to help the elderly receive aid from the government. The talk was given by a representative in English, but a volunteer helped to translate it into Hokkien.

When the talk ended, we assisted the old folks to fill in the application form for the ATM cards. The elderly had Mee Goreng and coffee for breakfast. As there was not enough people, we were 手忙脚乱 when distributing the food. I noticed that a lot of the old folks did not eat their food or left it half eaten, and it was almost 11am. Upon asking, I found that they were keeping the food for lunch. Some elderly also stayed back to chat with each other after the event ended. I find that the centre is a good place for the elderly to meet up and accompany each other. The elderly would not feel lonely when they have activities they can enjoy as a group.

The breakfast project held on 25 October is a memorable day for me even though I’m new. This project gives me the opportunity to interact with the lower income families and letting me know how blessed I am. If given another chance, I will continue to participate in projects like this.

Waking up early in the morning on a weekend… definitely not something anyone would do, including me. But for a good cause, we are here at Bukit Merah View, doing voluntary work! *Yays with thick eyebags*

I would say that it is really nice to have such events where the centres give free breakfast to the elderlies, as it was really pleasing to see that such little things that you do, could bring big smiles to the elderlies. It was rather hectic at my place, as when we started preparing for the breakfast, elderlies also started to crowd around our booths.

We had some communication problems too as 3 of us don’t speak fluent Cantonese, but luckily we managed to pull through!

Definitely something nice to start up your day doing something meaningful, and I also hope that we can be involved in other kinds of charity events like this other than making breakfast.

I am pleased to participate in RBKD’s “Year End Volunteering” activity.

On a Saturday morning at THK Seniors Activity Centre @ Henderson, we began preparing breakfast by spreading butter and kaya on the white bread, and pouring out 3-in-1 coffee into cups. Soon the elderly residing at the neighbourhood, started making their entrance one by one into the centre and sat down at the table while waiting to be served. From the looks on their faces, I could tell that they were really looking forward to the breakfast. As we served them coffee and bread with a plain spread of kaya and butter, they ate and drank with satisfaction, notwithstanding. A few of them even expressed their gratitude before they left, which I did not expect at all.

How many of us would be easily contented eating bread with only kaya and butter? I personally do eat bread too almost every morning, but with a change in my bread spreads everyday.

Being a volunteer in this “Free Breakfast Project” has indeed been a meaningful one for me.